Denver to Seattle to Vancouver

Our yearly trip to a new ski destination takes us to Whistler, British Columbia, Canada this year. Vancouver and Whistler are hosting the 2010 Winter Olympics! This year Mom and Dad would join Marian and me for the adventure! It would be the first time skiing out of the US for all of us. 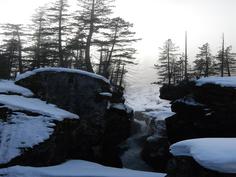 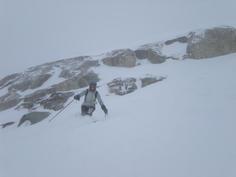 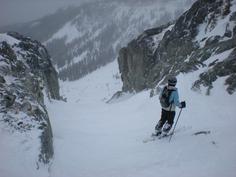 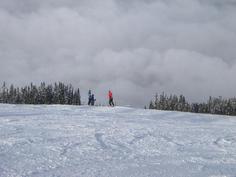 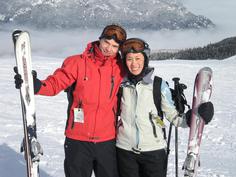 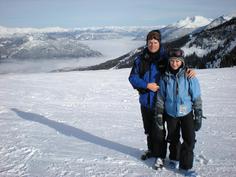 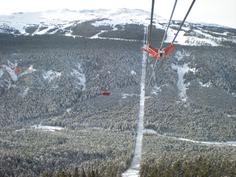 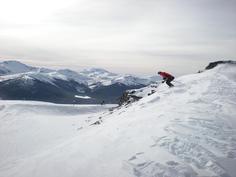 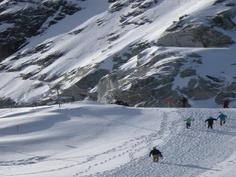 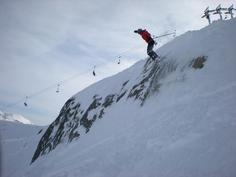 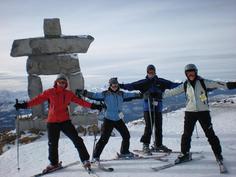 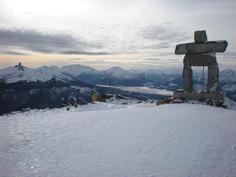 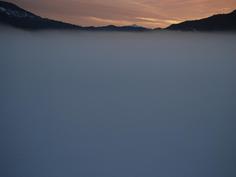 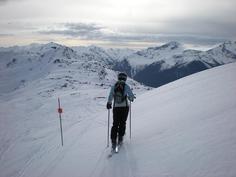 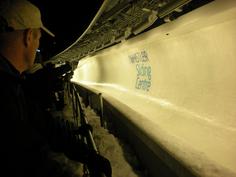 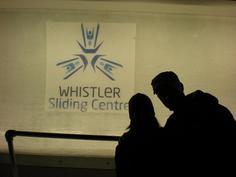 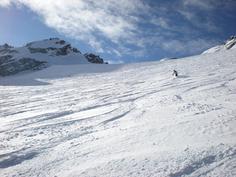 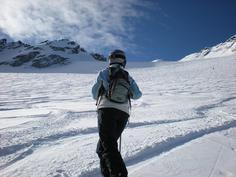 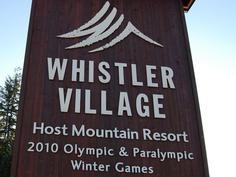 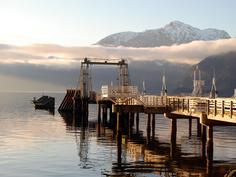 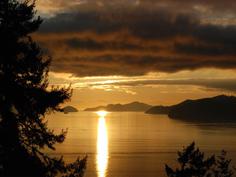 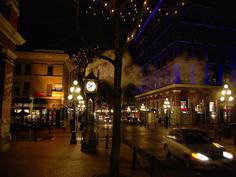 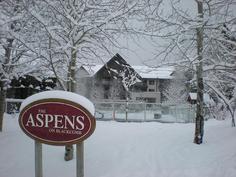 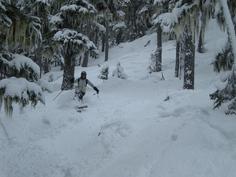 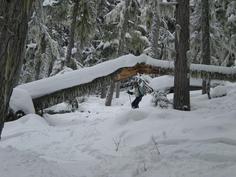 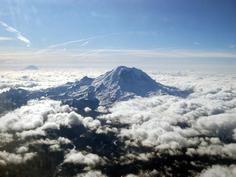 After exhaustively and unsuccessfully searching for an airfare deal into Vancouver, we opted for the much cheaper route of flying Southwest Airlines into Seattle, then making the 3 hour drive north to Vancouver. I couldn’t find flights into Vancouver for less than $580, not including bag fees. Southwest into Seattle was $179. The three hour drive each way saved us more than $1600 bucks! Weather in Seattle was gorgeous for January, mid 50′s and mostly sunny. I’ve never been to Seattle when the weather hasn’t been great so I’m beginning to think the whole rain thing is just a plot to keep the rest of the country away. Hmmm.

We made a quick stop at Trader Joe’s, ate lunch at the Gas Works Park, then headed across the border for Vancouver. We arrived in downtown Vancouver just about sundown, found our hotel, watched Serena Williams destroy Safina in the Australian Open final, took a short walking tour of Vancouver, and went to dinner at my all-time favorite Indian food restaurant (India Bistro, Davie St.). One eventful day!

Marian and I had a room in the hotel that was directly above the dance club from the Irish Bar downstairs. Fortunately, mom and dad’s room was up a few floors where they couldn’t hear the never ending techno beat. The music started around midnight and would go until 3am, fortunately there was a reason to be up anyway – Federer vs. Nadal. We watched all 5 sets of yet another epic Grand Slam final, from 1:30am to 5:30am. We woke 2 hours later to rain in Vancouver (and hopefully snow in Whistler). We leisurely made our way through Stanley Park, out to the Lynn Canyon Suspension Bridge, and along the Sea-To-Sky Highway on the coast up to Whistler. Normally this is an incredibly scenic drive, but with the rain and snow, we couldn’t see a thing. We stayed at the Aspen’s on Blackcomb, which is right on one of the runs that goes to the base of Blackcomb. It’s a good location and our room was nice enough. We kept an eye on the Superbowl while wandering town and settled into a little restaurant for the fourth quarter. The snow kept coming throughout the night!

We woke up to a bunch of new snow over the past two days! We all struggled with the weight of the snow – Marian likened it to skiing in mud. This is our first time skiing on the coast and it took us a while to get used to it. Whistler had been having a down snow year and all of the locals were out to take advantage of this powder day. The upper lifts on both mountains were closed all morning for avalanche blasting. Right before lunch we were able to get up to the upper lifts and ski some of the difficult terrain of Blackcomb. Unfortunately, the clouds were socked in and we could hardly see or get a feel for the mountain. After feeling our way around Blackcomb, finding the hidden bowl and the Pakalolo Chute, we were exhausted and headed back for the condo. There is so much vertical (about a mile) that it took us an hour to make our way from the top, through the chute and all the way back to the valley!

Sun! We woke to more clouds but about halfway up the mountain we were greeted by clear skies and were finally able to see Whistler and Blackcomb and all of the surrounding mountains. The clouds just hung in the valley all day. We took our first ride on the Peak to Peak Gondola, which is like an amusement park ride in itself. The new Gondola travels over the valley between Whistler and Blackcomb, 1400 ft above the creek below, and traversing 2.75 miles! It’s quite the ride.

We found great snow on Whistler that had lightened up a bit, or at least settled, and spent the rest of the day exploring great ski lines in a few of the bowls. We ran into our first look at the Inukshuk at the Whistler peak, along with the unique Black Tusk Volcano which looks like a giant stone starfish flopped onto the top of a mountain.

We had planned to take one day off from skiing out of the week and today was the day. We took a leisurely morning in the Whistler Village, then drove up Canadian Highway 99 to see what was north of town. Along the way we came across Narin Falls Provincial Park and gave it a try. The falls lay back about a mile from the trailhead and we hiked in along a snow packed trail through the temperate rain forest. The falls aren’t as spectacular (or popular) as Shannon Falls in Squamish, but they do cascade a total of 60m (196ft) and make for some great pictures. Next we headed further north for lunch in the small town of Pemberton. On the way back the clouds had settled in the valleys and we stopped along Green Lake to shoot some pictures. I posted one of these pictures and its neat to notice how the snow on the lake almost perfectly blended with the white clouds, with Whistler/Blackcomb in the background.

It’s impossible to ski this whole mountain in four days, but we tried to at least experience all of the major areas. In the morning, we spent our time on Whistler on some of the lines under the Harmony Chair. In the afternoon is was back to Blackcomb for Couloir Extreme and one more glade run that Marian had her eye on from day #1.

The World Championships in the Bobsled, Luge and Skeleton were all going on during the week and we dropped in that evening to see the Men’s Skeleton Finals (head first, on stomach). These guys were going by at about 140km/hr and it takes a while to get used to the pure speed of the event. We tried numerous times to get a picture of one of the guys, but with Marian’s point and shoot camera, we never did get a clear picture. A Canadian ended up winning the event!

Blackcomb Glacier, back to Vancouver

We did our best to ski as much of the mountain as we could, and going into our last day the only major area that we hadn’t even touched yet was the Blackcomb Glacier. It had snow a few inches overnight and the four of us went for the glacier first thing. We had perfect conditions, sun out and a few inches of powder. For me the Glacier might be the most memorable run of the entire trip just due to its uniqueness and sheer size. You’re in this enormous valley on the enormous glacier, and it unlike anything that I had skied before. We did the run twice each time taking more than an hour to make the loop.

On the way down the mountain that afternoon we went from powder on the glacier and at the top, to ice in mid-mountain, to slush at the base where it had rained that morning, all in one run.

We had perfect weather this time around for the Sea-To-Sky highway back to Vancouver and stopped a few times to take some pictures above Squamish and again at Porteau Cove.

Our same Vancouver hotel put us on the 5th floor for the night (on our request), no techno beats tonight! Home to Denver

Everything went smoothly from Vancouver back to Denver, except for a longer than expected wait at the border. Over all, a great trip! Thanks mom and dad for joining us this year!